34006 and 3795 on running in tests
34006 Bude was purchased by the Southern Railway Locomotive Group after it's withdrawl from BR Service. It spent many years tarpaulined over and at the back of the goods yard until 1985 when it's restoration commenced. The group had managed to purchase a Stanier tender and planned to use it behind Bude once complete, to comemorate it's role in the Exchange trials of 1964. Since then, the engine has now been paired with a Bulleid tender, using frames and a wheel set that were deemed surplus to requirements from the Bluebell Railway. It has been outshopped in Malachite Green with BRITISH RAILWAYS on the sides to match the engine. The locomotive has now been repainted into BR Brunswick Green with Late Crests.
Originally based at 72A Exmouth Junction
Status: In service following remedial work and repaint
Boiler Expiry date: December 2019 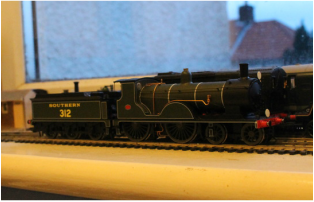 Built for the LSWR, this powerful 4-4-0 passenger is ideal for our line, capable of pulling atleast six coaches. 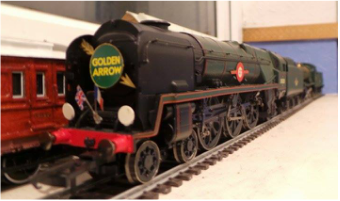 35028 Clan Line is owned by the Merchant Navy Locomotive Preservation Society, and is based at Stewarts Lane depot in south London, working the British Pullman. Due to it nearing the end of it's ticket, the society have agreed to base the engine with us on a long term period.

Status: Out of Service for Overhaul
Shed: 73A Stewarts Lane 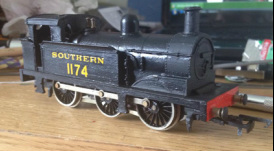 This engine was built for the South Eastern Railway as an R class 0-6-0 by Stirling. It was rebuilt by Wainwright as an R1 incorporating a Pangoda style cab, and sandboxes under the running plates. The engine survived into SR and BR ownership as A174, 1174, and 31174. In October 1959 the engine was withdrawn from 70A Nine Elms, and was purchased by a consortium of enginemen who moved the engine to Chatham. Slowly the engine was rebuilt during the late 80's however by mid 2012 the engines restoration ground to a halt. With the purchase of Maunsell shunter No.3, the fledgling SRL group took interest in 1174, and subsequently purchased it late last year, with the intention of moving the engine here. 1174 has been outshopped in SR unlined black.
Formerly based at: 70A Nine elms
Status: Operational 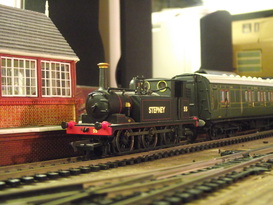 No.55 seen at the WSR at their Terrier Gala
After a full yet secret Overhaul over the winter months, Stepney is now back with a new 10 Year boiler certificate! Over the 2014 - 2015 downtime period, Stepney was repainted into LBSCR Stroudley Improved Engine Green. 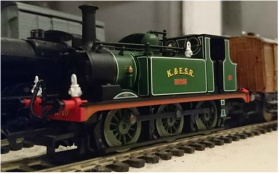 Sutton with the suburban set and LCDR Grande Vitesse van
Commonly based at the Spa Valley Railway, the owners of the locomotive - Sutton County Council - have agreed to base the locomotive on our line on a long term loan, primarily due to it's now seeming redundancy at the SpVR due to the engines small coal and water capacity. 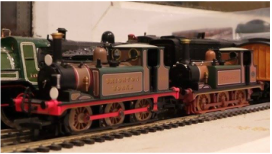 No.32635 double heading with classmate No.55
Having been preserved by the KESR as a source of spares for their, at the time, three terriers, 32670, 32678 and 32650, Morden was purchased by the railway after the KESR no longer required it - having not ended up using it for spares as originally sought out. The locomotive was moved to the Spa Valley Railway, along with 32650, and then off site for a full restoration, having not steamed since it's withdrawal from BR service. The decision was made to keep the engine in it's unique BR LBSCR livery as Brighton Works, and 32635 rolled out of the works in late August.

KESR No.3 Bodiam and B6 traction engine 2263 Titan
KESR No.3 Bodiam is on long term loan to us, in exchange for L1 1782. The engine starred periodically at our Day out With Thomas event at the end of September, and has since been in service on the vintage stock. 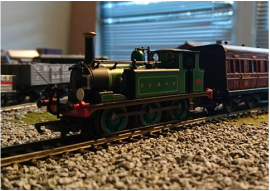 SE&CR 751 visiting the Rousebarn Steam Railway
751 arrived from a site in the South East of england in early september 2016. The engine made it's debut into service at the West Sussex Railway Farewell event toward the end of September. 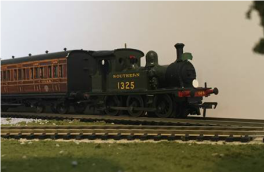 1325 working the Vintage set
Built for the SE&CR, P tank No.1325 was preserved jointly by the general managers of the West Sussex Steam Railway, and the Doncaster Valley Railway. The WSR have agreed to pass over custodianship of the locomotive for the forseeable future, ofwhich in this time, the locomotive will recieve fresh paintwork, and also lining out.

This engine was designed for the South Eastern and Chatham Railway by Wainright, but was built under Maunsell. The engine is in good condition, and will be repainted into SR Unlined Black, and placed on loan to the West Sussex Railway for the summer. With the purchase of Maunsell shunter No.3, and R1 1174, the fledgling SRL group took interest in 1782, and subsequently, it was placed into their custodianship, with the intention of moving, and running the engine here. The engine has had some work done to its grate and dampers, and is in the process of being repainted.
Formerly based at: 70A Nine Elms
Status: Out of Service pending overhaul
nathanNSEIvor08600gibson