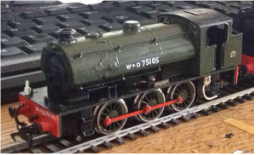 Walkden with 3795
Walkden arrived on the railway from Ribble Steam Railway for a general refresh. This included a repaint, and also a new chimney being fitted. The work was completed in early summer 2015, and the owner agreed for the engine to be based semi permanently with us. Some remedial work was also undertaken to the boiler, to give the engine a further five years service.

3795 on a mixed goods set
A sound member of the small industrial fleet on the line, No.3795 is unique in it's own right. Whilst not unique to the class, 3795 was chosen for preservation by the chairman, with the aim of it becoming the flagship engine for the lines industrial museum. The engine has recently had the finishing touches done to it, primarily the lining out of it's cab sides and saddle tank, and also, the fitting of nameplates, for the first time in it's career.
Status: Operational 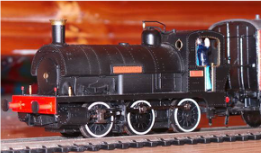 Santurce on the branchline set
'Santurce' arrived in early summer 2016, and has rarely seen use until the end of september, operating pushpull services. It is hoped that the locomotive will be hired out to other lines throughout 2017, and also operate driver experiences. The engine is quite powerful, even with it's diminutive look! 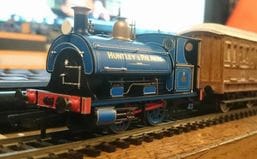