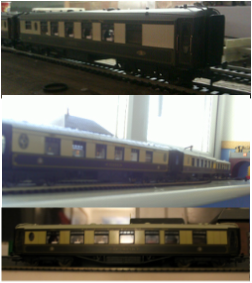 These 8 pullman coaches are all operational. Diamond is currently away from the railway on loan to the Mid Sussex Railway. 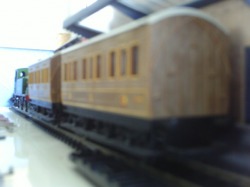 Track Cleaning car (Ex Network Rail): In operation but not in common use.
Status: all in service 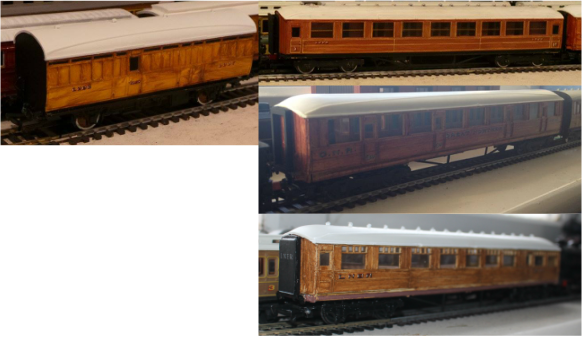 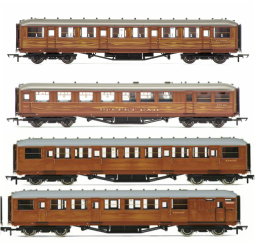 This set of Gresley corridor coaches are finished in post war plain teak, with BR E prefixing. These will run as a main set, alternating with the pre BR set. 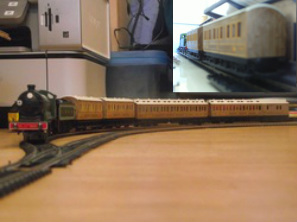 This set of Six coaches consists of the three LNER 4 wheelers, 12, 137 and 138, and our three LNER Celestory coaches. 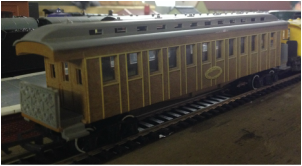 This coach has recently had an extensive overhaul completed off site. It was used during the Great War by the ROD inspectorates, and soon after, passed back into LNER ownership on grouping. Due to the balconies on either end, this coach does not have a bufferbeam as per a conventional coach. The saloon will be used with the LNER Clerestory coaches. 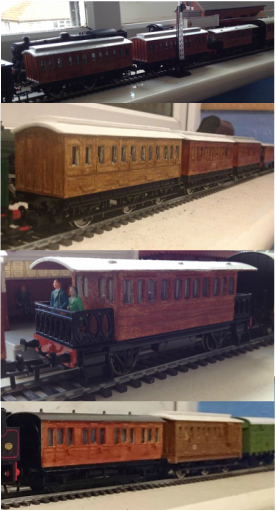 ECJS/ GNR six wheelers and saloon
This set of eight coaches consists of six operational 6 wheel Clerestory six wheel coaches, with two further coaches under restoration, one of which being ktited out for disabled access. In addition to these eight, the railway also has a GER W&U Tram Car in the set.  The coaches get used often, and some are hired out to other railways when not in use. 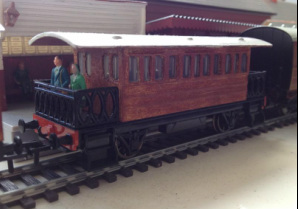 The coach has now been completed, and had been out shopped in Deep Red (Purple Red), but has reverted to varnished Golden Teak.  A new build coach that is based off of a W&U 4 wheel tram car. E3 started it's revenue earning career in Deep Red, however it has now been re-out shopped in Teak, as per the original plans for the coach when it was completed last year. It will run with the 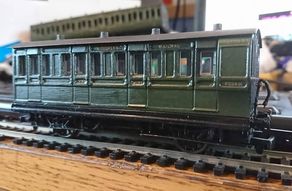 Ex LBSCR Brake Third 3686 sans numbers
These coaches were purchased from private individuals on the Isle of Wight at various locations around the island. It is the intention of the SRLPS to have a full four coach set to operate behind the terrier locomotives. In the set currently are Ex LBSCR Brake Third 3686, Full Third 1793, and Composite 5799. Ex North London Railway Full Third 49 (SR 2429) is currently being examined for eventual restoration. All three of the Ex LBSCR coaches are from Set 495, which, along with un-preserved Brake Third 3674  were one of the first sets of LBSCR coaches to arrive on the IoW. 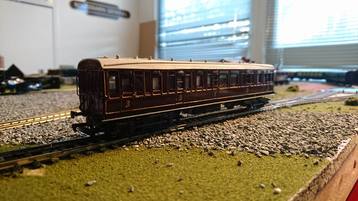 These coaches were acquired from a site in Birmingham in November 2015, and have had a general refresh and spruce up thanks to a HLF grant. 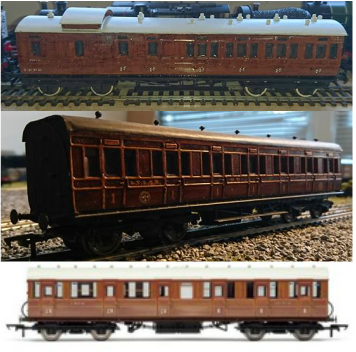 It is our aim to form a uniform rake of suburban stock, eventually one Gresley, and one Thompson, however, with the addition of the LT&SR full first, we have decided that it would be better to have a rake of teak suburban stock that represents the variations of such coaches over time.  At present, we now have a three coach set, comprising of LT&SR 1st 71, Gresley lavatory composite 32456, and Thompson brake 3rd 87013. A fourth coach, unique Birdcage brake 3rd No.32805 was added to the rake in December, along with SECR Lav Comp No. 351. 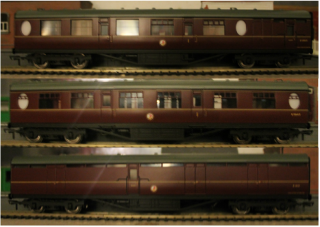 Currently, only two vehicles in this rake are available for service. Full Brake E141E and Composite Coridoor E1266E. They will form part of our 4-5 coach Thompson set, 5 on the assumption that E141E gets used in the set permanently. Currently, E1266E will run with the teaks as to add extra capacity in the run up to christmas. It is hoped that the set will be set up like this; BCK, CK, FK, BG, SK, BSK.
E141: Operational
E1266E: Operational
E1188E: Operational

These coaches are the line's only British Railways built vehichles, with the exception of Met Cam Pullman Falcon. The RMB is currently under overhaul, and once complete, the full set of four MK1's and the MK2 BSO will compliment the diesel fleet. Two of the MK1's and the MK2 are currently in operation. 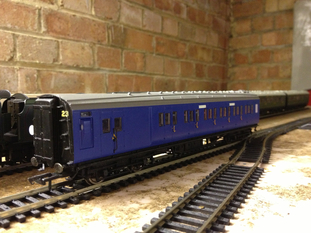 This coach arrived with Terrier No.55 Stepney back in 2010. The coach doesn't see use currently due to the arrival of further vehicles that are in better operational condition.

Status: Operational in both push/pull and as a brake end

Coaches formerly based on the line 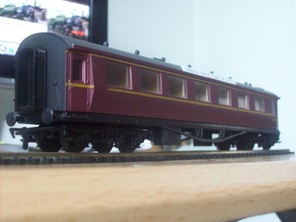 BR Centenery Coach in BR lined crimson with the head boards reading Paddington. "Newport. Cardiff and Swansea". It is usually seen with either the MK1's or, as of 2013, the Thompsons, to add extra seating to the train, but is currently out of traffic following a damaged bogie axle.

BR Autocoach No. W194W was purchased February 2009. It is on loan from the Ardingly branch line centre for rail tours such as the BR observation express until a Pullman observation car can be purchased/loaned/built.