Locos formerly based on the line 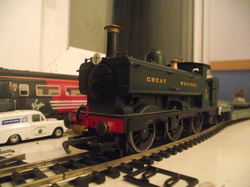 Purchased with 4082 From Bromley East Loco Depot in 2007, 2728 rarely saw any day light, but since the completion of 4082, the GWRLS (Great Western Railway Locomotive Society) saw fit to restore 2728. with the boiler in fairly good condition, her overhaul was started two weeks after 4082 was completed. And, after almost 4 years of hard work, the team pulled it off and 2728 rolled out of Doncaster Works' doors in the ealry hours of August 9th 2011. 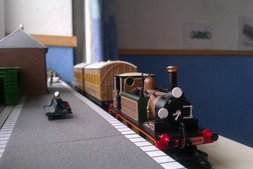 On loan from Hillbrow Junction (WSR), (326)83 Earlswood arrived on Thursday 5th July and will be working on our weekday Vintage train consisting of LNER 4 wheeler's No.'s 137 and 138. She will be on loan for approximately a month, returning to the WSR in August.

Originally the LBSCR's No.83, Earlswood has had a fairly disturbed life. Completed on 8th September 1880 it was sold for £1200 to the Admiralty in 1918 and then onto Dalmore Distillery, Invergordon in 1922. It was then sold for £470 to the Shrophire and Montgomeryshire Railway in November 1923 and was withdrawn in 1931. Purchased by the Southern Railway in 1932 as a spares source, it was condemned at Eastleigh in April 1949 and sent for scrap.  After being purchased by the LBSCR Terrier foundation, based at the West Sussex Railway, Ravensmead, the remains of Earlswood were examined and a gamble was taken in early 2011 to overhaul her. Thankfully, funds had been set aside for a whole new boiler, smoke box and cab. It took just 13 months to get No.83 from a Scrap wreck to what she is today.

Status: Operational on the WSR 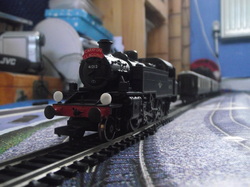 Originally on long term loan from the WSR, as a replacement for B12 61572.

Originally based at 7B Bagnor.

Status: Back at the West Sussex Railway, in a swap with Austerity J94 68010 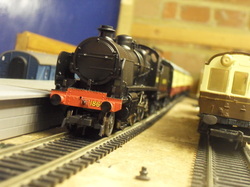 Mansuell N class mogul 1680 has been placed on loan to us from the West Sussex Railway. It has been given specific running dates which we are to adhere to. 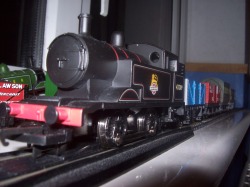 This locomotive was purchased in the later half of the 4th quarter of 2009. She is the permanent replacement for No.328 after her accident in January 2010. 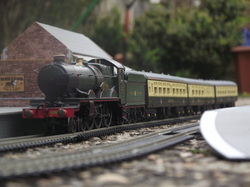 Windsor Castle was purchased in 2007 in Ex-Barry conditions from the Bromley East loco Depot with her partially completed tender. This is unfortunately the fake loco as the original was scrapped long ago after a complete swap with another of her class 'Bristol Castle' No.7013, therefore meaning that this is Bristol Castle with Windsor Castles nameplate and numbers. Never the less, the majority of the members of the railway decided it best to restore 4082 to how she was as 4082 rather than 7013 to keep the spirit of the GWR's Royal Train living to this day.
Originally based at 85B Gloucester, Horton Road.
Status: Withdrawn following Cracked Firebox. 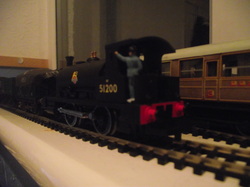 This loco arrived to the railway on Friday 20th January 2011 and was sent to Teddington TMD for several tests to be run. Running a lot smoother thanks some other 0-4-0's on the line, 51200 now works the light branchline services to and from the smaller stations on the line. 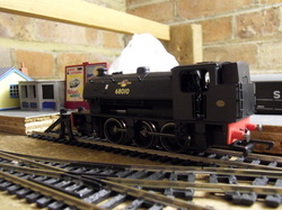 Status: Operational pending completion of repair work - Sold
Formerly based at: 51A Darlington
Boiler Expiry date: July 2020, but is likely to see less than 5 years more service due to the condition of its cylinder block. 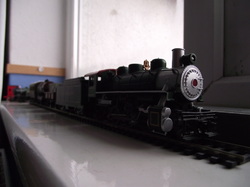 Bought in 2006 from one of the chairman's friends in America, this sprightly Locomotive has been restored to full working order but, due to complexities regarding running around, The loco is not ran as often as people like. It is also fitted with all the specifications required for Mainline Running, however, it will not see mainline service till late 2012 until a touring company will accept it. It is hoped that WCRC will take on the locomotive.

Until recently, this was the lines only unnumbered locomotive.  The board has decided to name this engine after the Chairmans Close Friend, Jim T Kelley. It is to be numbered 1C113, which follows a similar fasion of Bulleids numbering system, in honor of him. 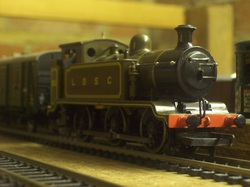 LBSCR E2 No.100's body was donated to the DVR by the SSR with a new chasis being built at Teddington TMD. Work was completed during the christmas period and No.100 should be running by Easter.
Originally based as 73A Stewarts Lane, then moved to 71I Southampton Docks.