45540 on test
﻿The railways latest engine to emerge out of the workshops is Ex LMS rebuilt Patriot 45540 Sir Robert Turnbull. The engine has been out-shopped in BR's Apple Green variation from during their livery decision period.


Originally based at: 9A Longsight
Boiler Expiry Date: March 2024﻿ 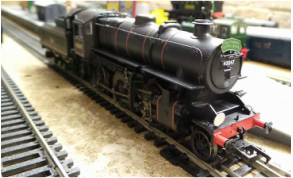 43047 on a charter at the West Sussex Railway
43047 is one of the LMS Ivatt designed 4mt 2-6-0 moguls. The engine first steamed on the line in late September 2013, and has since been a regular performer. Over the Christmas period, it visited the West Sussex Railway to cover for their Fowler 4F which had failed due to boiler problems.

Originally based at: 21A Saltley
Boiler Expiry Date: March 2023﻿ 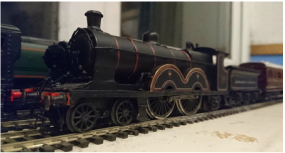 1406 on test
1406 arrived recently following an extensive restoration at a private site in the north west. The loco arrived fully operational, and is intended to star at the Easter gala this year.