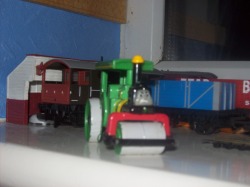 Well there isnt much to say about this steam roller is there? It is seen here in the guise of ttte's famously rude steamroller George! 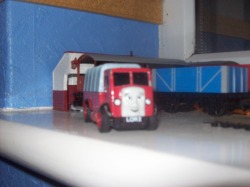 This industrial lorry/van/short base truck is in the guise of one of the three horrid lorries from Thomas The Tank Engine. 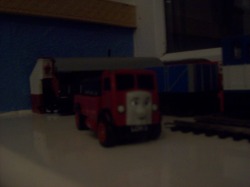 This Industrial lorry/van/short base truck is in the guise of one of the three Horrid Lorries from Thomas The Tank Engine. 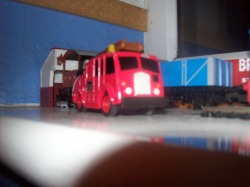 This fire Engine resembles the ones seen on TTTE and is only used during the 'Fire train'! 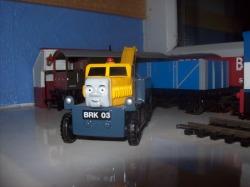 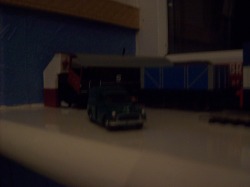 This morris minor van was purchased along with a BR lowmac in early 2008. It will be going under restoration soon and will be in a new guise of British Railway custard and cream livery.

This is the Controllers private car for use to and from stations. It is in the guise of Sir Topham Hatt's famous blue car from the HiT childrens series Thomas The Tank Engine and Friends. It was purchased in late July 2010 and is currently being overhauled. The photo was taken by the chairman to show off his 'budding' photography skills.

This is the lines current and only RM and is currently in the guise of TTTE's rude double decker bus, 'Bulgy'